WHO IS THE COACH 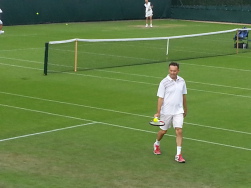 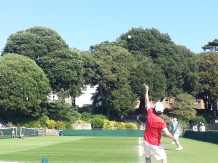 I know my stuff and I tailor it to fit you, your game style and abilities

you or come to one of the venues I use to teach.

Started at 15 years of age at Horley tennis club in Surrey.

Only had a few lessons at 17 years of age.

I had to retire due to injury when I was the leading the match and set to win.

We allow children from 14 years of age to do work experience. This will involve helping out at the foundation class lessons for at least 6 weeks. This can be particularly useful for D of E awads scheme.